Posted at 12:03h in Uncategorized by admin 0 Comments
0 Likes

Over the course of an hour-long interview, Daniel and Gary discussed the National Mall Tidal Basin IDEAS LAB in Washington, D.C., Cambridge, Massachusetts’ urban forest master plan, three projects by Reed Hilderbrand where design was forced to meet the challenges of climate change and Professor Hilderbrand’s recent Harvard GSD landscape studio in Virginia’s coastal counties. The interview wraps up with a discussion around the balance between preventing climate change, preparing for sea-level rise and adapting to new habitable areas in neighborhoods along the Little River in Miami, Florida including El Portal, Littler River, Hialeah, Miami Shores and others.

During the discussion, a difficult question arose: What do we do when our national treasures, protected by the National Historic Preservation Act, are under threat from climate change?

The professor noted that a tidal basin could be maintained in place by raising flood walls by at least six feet, with an initial cost of $300 million. However, now is the time to explore outside-the-box options, and that’s exactly what the Trust for National Law and the National Trust for Historic Preservation did when partnering with American Express to create the National Mall Tidal Basin IDEAS LAB. A public-private partnership had already been created to improve and save national monuments in D.C. from flooding, and both the Lincoln Reflecting Pool and Monumental Mall were products of public-private funding.

Under the National Mall Tidal Basin IDEAS LAB, the design firm Skidmore, Owings and Merrill (SOM) was tasked with selecting five design firms to collaboratively approach the preservation of cultural assets and conjure up innovative solutions. New York-based firms DLANDstudio and James Corner Field Operations, Seattle-based GGN, Oakland-based Hood Design Studio and Cambridge-based Reed Hilderbrand got together in the fall of 2019 to begin the process. Reconvening in February for a conference to share ideas, the intention was to have a large in-person event in Washington, D.C. but instead culminated in a large Zoom call to discuss and share the design proposals from each firm. What sets the National Mall Tidal Basin IDEAS LAB apart from a Rebuild by Design-style approach is the collaborative nature and lack of a winning proposal. As a result of the more collaborative environment, firms produced more imaginative and speculative solutions.

…loading
Thanks for signing up for Ocean Conservancy emails.

The questions and solutions explored many facets of saving D.C.’s most valuable memorials. Even the cherry trees (the focus of the world-famous National Cherry Blossom Festival) are a memorial landscape, which are under threat due to saltwater intrusion from high tides causing their roots to suffer. How do you migrate or protect a living landscape memorial so it survives under new conditions?

The resulting designs and ideas were originally slated to be exhibited over the course of six months at D.C.’s National Building Museum, but due to the COVID-19 pandemic, parts of the designs will be exhibited online. Whatever happens with the resulting drawings and designs that came from the National Mall Tidal Basin IDEAS LAB, it’s in all parties’ interest that they inform future plans to protect and adapt to rising sea levels. Perhaps surprisingly, a main takeaway from Gary, a landscape architect, included a policy dimension: how do you interpret the Secretary of Interior’s standard for preservation under rehabilitation, so that you can actually move the location of a cultural asset? This is a challenge that many cities and regions will face across the globe, understanding the policy frameworks that prevent radical approaches to cultural preservation is key to producing functional and implementable yet imaginative design solutions.

We also spoke with Gary about three projects from Reed Hilderbrand that highlighted environmental resilience and adaptation. A very personal project to the professor and certainly innovative at the time of design and construction, the scenic Hudson River’s Long Dock Park in Beacon, New York, and two projects in Houston, Texas, the Buffalo Bayou Gardens and the City Arboretum.

Harvard GSD invites distinguished practitioners to host studios in their respective fields and expose students to thought-provoking design challenges. In the Fall of 2019, Professor Hilderbrand led a landscape studio focusing on the possibilities for two Virginia counties that are already mostly submerged in the rising Atlantic Ocean- Northampton and Accomack counties. Professor Hilderbrand walked us through the sites and proposals that came out of the studio last year. The juxtaposition of thrive-in-place and managed retreat approaches to sea level rise was ever-present and is reflective of the national and global conversations around the topics of adaptation and resiliency in the face of climate change.

We then asked Gary how he would approach working in South Florida, on the frontlines of sea level rise and climate change in the United States. Most often seen as a getaway destination, Miami-Dade County is home to more than 2.7 million residents and is part of the seventh most populous metropolitan area in the country.

Throughout Ocean Conservancy’s work in Florida, we’re always asking: what does a healthy future look like in areas vulnerable to storm surge flooding, sea level rise and land subsidence?

Using Little River as an area of focus, Gary talks us through what his approach would be when it comes to dealing with the threats faced by Little River. The threats are many, ranging from high levels of salinity downstream to alarming flood risks for homes near the river’s banks. Gary breaks down his approach, based on a multi-year phased plan. Social inequalities tied to historic racial barriers are part of the equation that needs to be worked out as part of responsible community planning and design. Through his time-based framework, Gary described the prevent, prepare, and adapt stages for areas in danger from sea level rise. 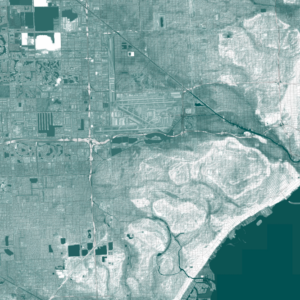 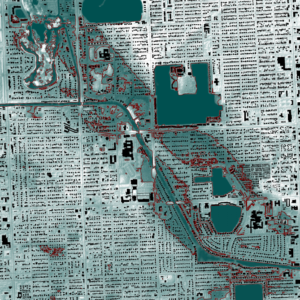 For a breakdown of the full video, use these timestamps as a quick reference guide:

2:00: Learn more about Ocean Conservancy and our Shores Forward initiative

…loading
Thanks for signing up for Ocean Conservancy emails.

The post The Work of Gary Hilderbrand and Design’s Response to Climate Change appeared first on Ocean Conservancy.