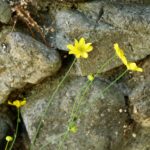 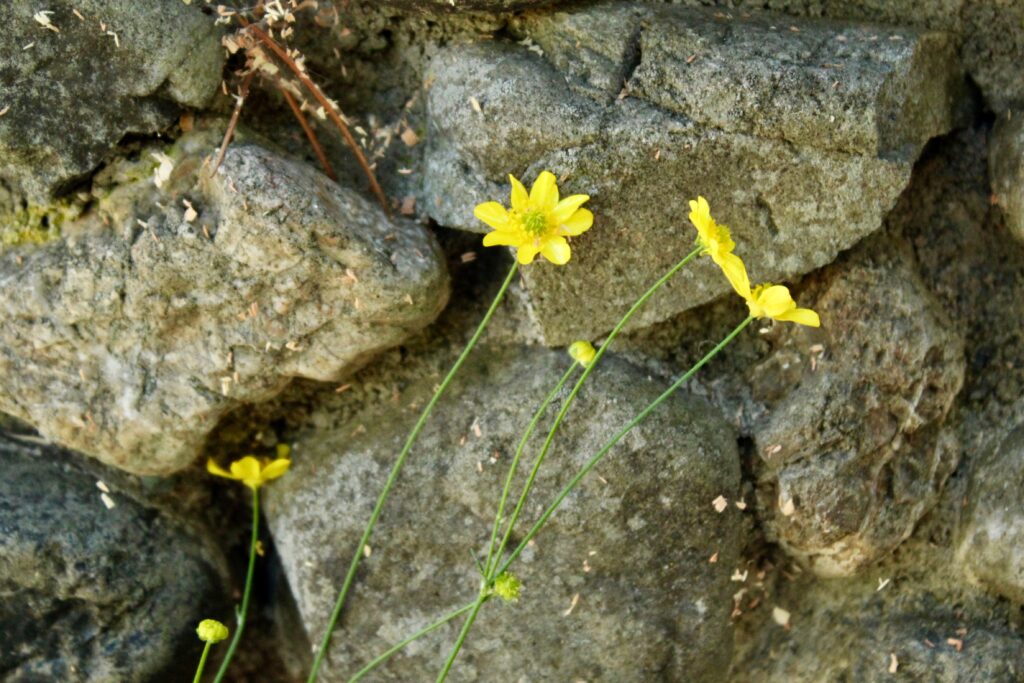 Western buttercup (Ranunculus occidentalis) is a pretty perennial herb that typically blooms in the spring.

Native plants are silent, forceful warriors in our battle to protect the planet. They provide much needed shelter and food for wildlife; they mitigate greenhouse gas emissions by sequestering carbon; stabilize creek banks; and so much more.

Western buttercup (Ranunculus occidentalis) is a pretty perennial herb that typically blooms in the spring, but we created just the right conditions in the nursery shadehouse for this plant to bloom in the summer! Western buttercup is one of the first flowering perennials to emerge in the spring, starting to bloom as early as March in Marin, but depending on the geographic location and latitude it can bloom as late as August.

The bright yellow flowers are especially attractive to native bees and provide an important source of nectar and pollen for early-season pollinators. Western buttercup thrives in moist soils and is commonly found in riparian areas, but can be found in coastal prairies, wet meadows, bluffs, and forested areas. It grows in full sun as long as it has plenty of water, and also does well in partial shade.