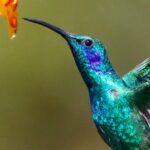 Turtle Island Restoration Network (TIRN) recently signed a letter to the U.S. Fish and Wildlife Service, asking the Service to restore critical bird protections that would be eliminated by a proposed regulation to the Migratory Bird Treaty Act (MBTA).

TIRN believes the United States, through the Department of the Interior and U.S. Fish and Wildlife Service, have a responsibility to bird conservation on behalf of the American people.

Despite the efforts and success of the MBTA, bird populations in the United States still remain at risk. According to recent scientific studies, the continent’s bird population has declined by 3 billion birds since 1970 and two-thirds of bird species are currently threatened by climate change. The protections granted by the MBTA are crucial for the future success of birds and an essential part of the long and continuous battle against the declines and vulnerabilities toward the continent’s bird populations.

TIRN and over 250 other organizations are urging the U.S. Fish and Wildlife Service to continue honoring its commitment to conservation and continue the protections of the MBTA. Further action can be explored to secure the harmonious success of bird populations and the industrial sector. We urge for continued work exploring minimizing harm to the environment, birds, and the American people who benefit from a thriving bird population.