Save the Okinawa Dugong from a U.S. Military Base

08 Feb Save the Okinawa Dugong from a U.S. Military Base 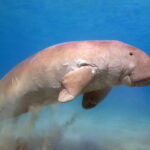 The Okinawa dugong is a critically endangered relative of the manatee that holds a central place in the culture of Okinawa, Japan.

But the last remaining population of these marine mammals are facing a grave threat from the U.S. Department of Defense, which plans on constructing and operating a Marine Corps base in the Japanese island’s coastal waters.

Building the base will involve filling in and paving over hundreds of acres of rich coral and seagrass habitat critical to the survival of dugongs and several species of endangered sea turtles.

Please add your name, asking the U.S. Department of Defense to stand with the Okinawan people and to save the last remaining Okinawa dugongs by halting this environmentally and socially disastrous project.