Save the Last Surviving Dugongs in Okinawa

18 Mar Save the Last Surviving Dugongs in Okinawa 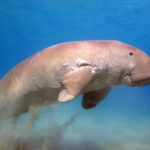 The Okinawa dugong is a critically endangered relative of the manatee that needs your help. The United States is expanding a Marine Corps base in the Japanese island’s shallow coastal waters. Building the base will involve filling in and paving over hundreds of acres of rich coral and seagrass habitat critical to the survival of dugongs and several species of endangered sea turtles. Last year, in the immediate vicinity of the construction site, the Japanese government’s monitoring system recorded what appeared to be “dugong calls” more than 200 times. The Japanese government states if any dugong is present in the construction area, construction will be stopped — at least temporarily — for further environmental review. But the Japanese government refuses to release these recordings.  We need you to find out if any dugongs are calling for help. Sign this petition to urge the Prime Minister of Japan to release any recordings of dugongs in the project area.