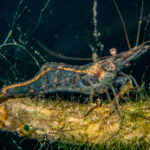 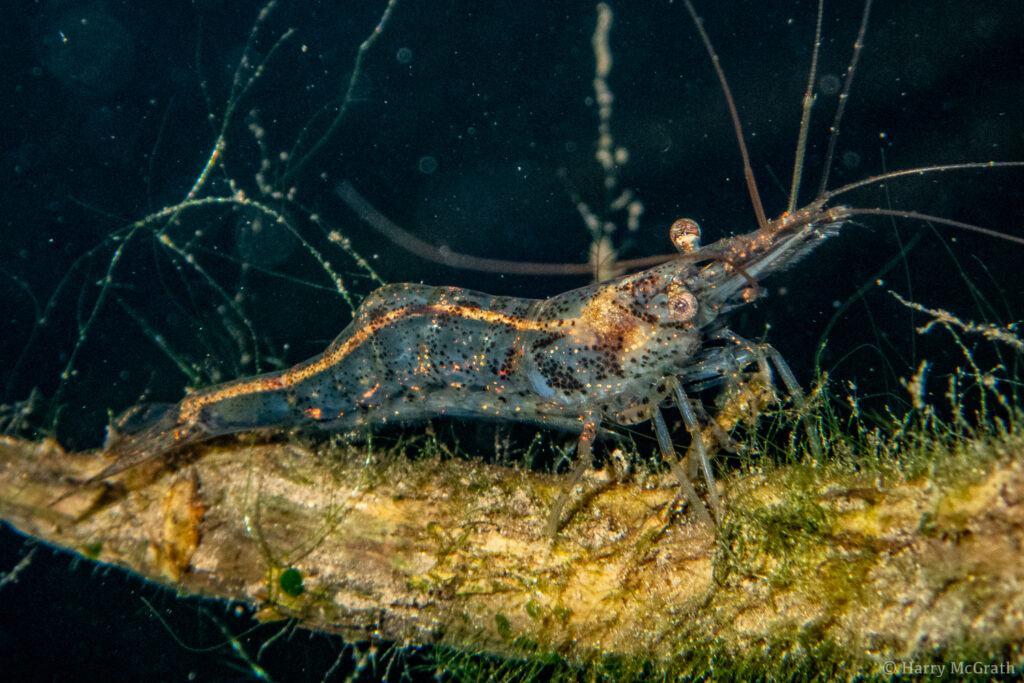 In late October, SPAWN used visual observation and underwater cameras to record endangered California freshwater shrimp using habitats specifically designed for them, which could be the first time!

California freshwater shrimp (Syncaris pacifica) are an extremely rare species in danger of extinction that are endemic to perennial freshwater streams in Marin, Sonoma, and Napa counties north of the San Francisco Bay, California. Marin’s Lagunitas and Olema Creeks are home to the most viable population of the shrimp and are the only sites on protected lands.

SPAWN’s recently completed restoration project along a one-mile stretch of Lagunitas Creek was designed to improve habitat for a myriad of wildlife species, including these 10-legged crustaceans. SPAWN built specially-made habitat structures out of coconut logs and live willow poles tied together along the bottom of a stream bank—a low-tech structure that mimics an undercut bank. This habitat is designed to provide protected cover from high flows and predators, while allowing the live willow roots to spread and create intricate spaces of living tissue that the shrimp rely on to feed. The natural coconut logs will eventually decompose and the long-term habitat will be a large willow forest perched on the bottom of the stream bank with a deep undercut bank.

“People have been trying to replicate shrimp habitats before with no success,” said Director of Watershed Conservation Preston Brown. “This might be the first time shrimp have been seen utilizing habitats specifically for them.”

This summer, the National Parks Service and U.S. Fish and Wildlife began surveying lower Lagunitas Creek tributaries for endangered California freshwater shrimp for the first time in 15 years to identify any changes in the abundance and distribution of shrimp in Marin County’s shallow streams. Based on preliminary surveys, it appears that California freshwater shrimp have expanded their range throughout Olema Creek, and numbers have increased significantly relative to where they were 15 years ago. 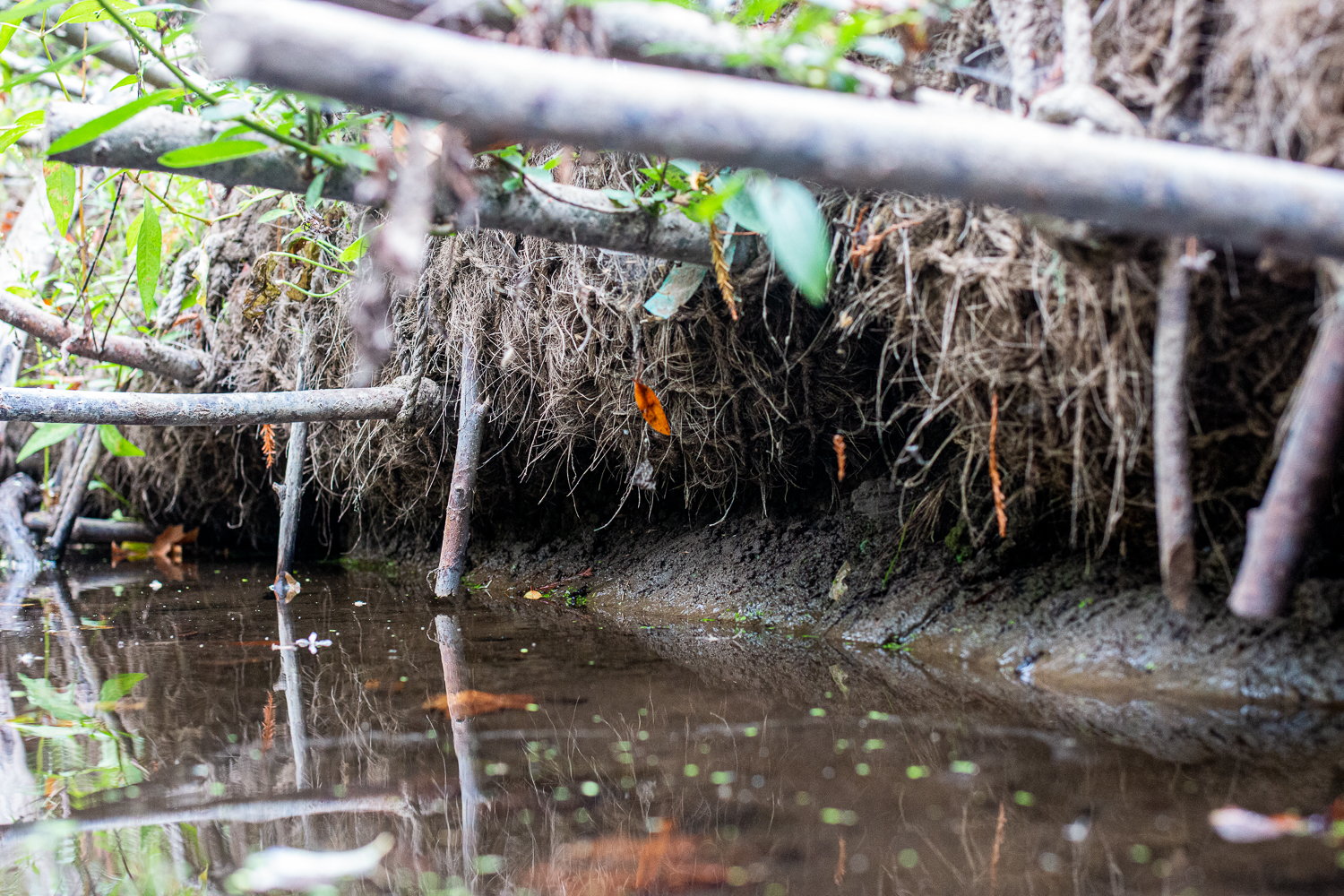 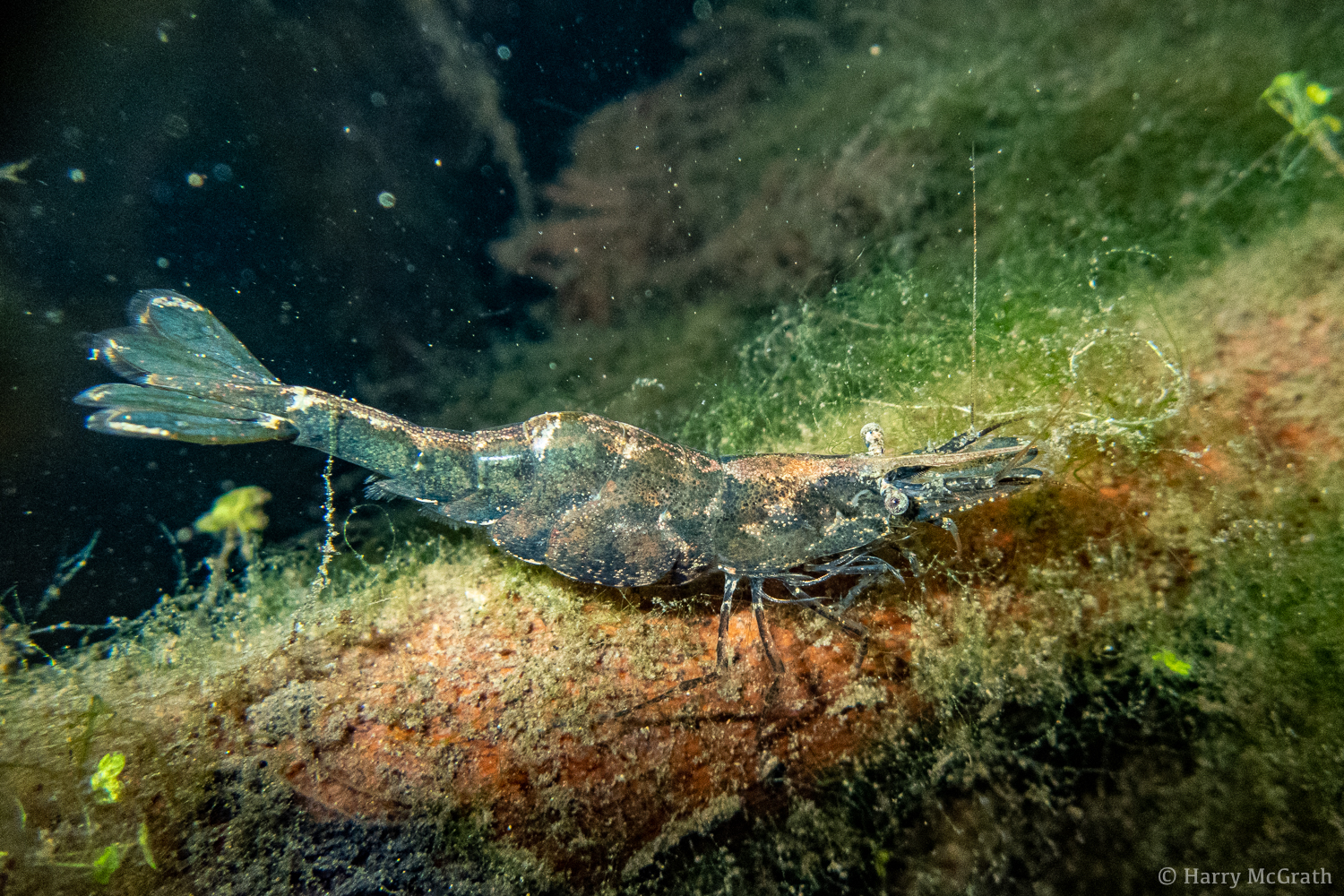 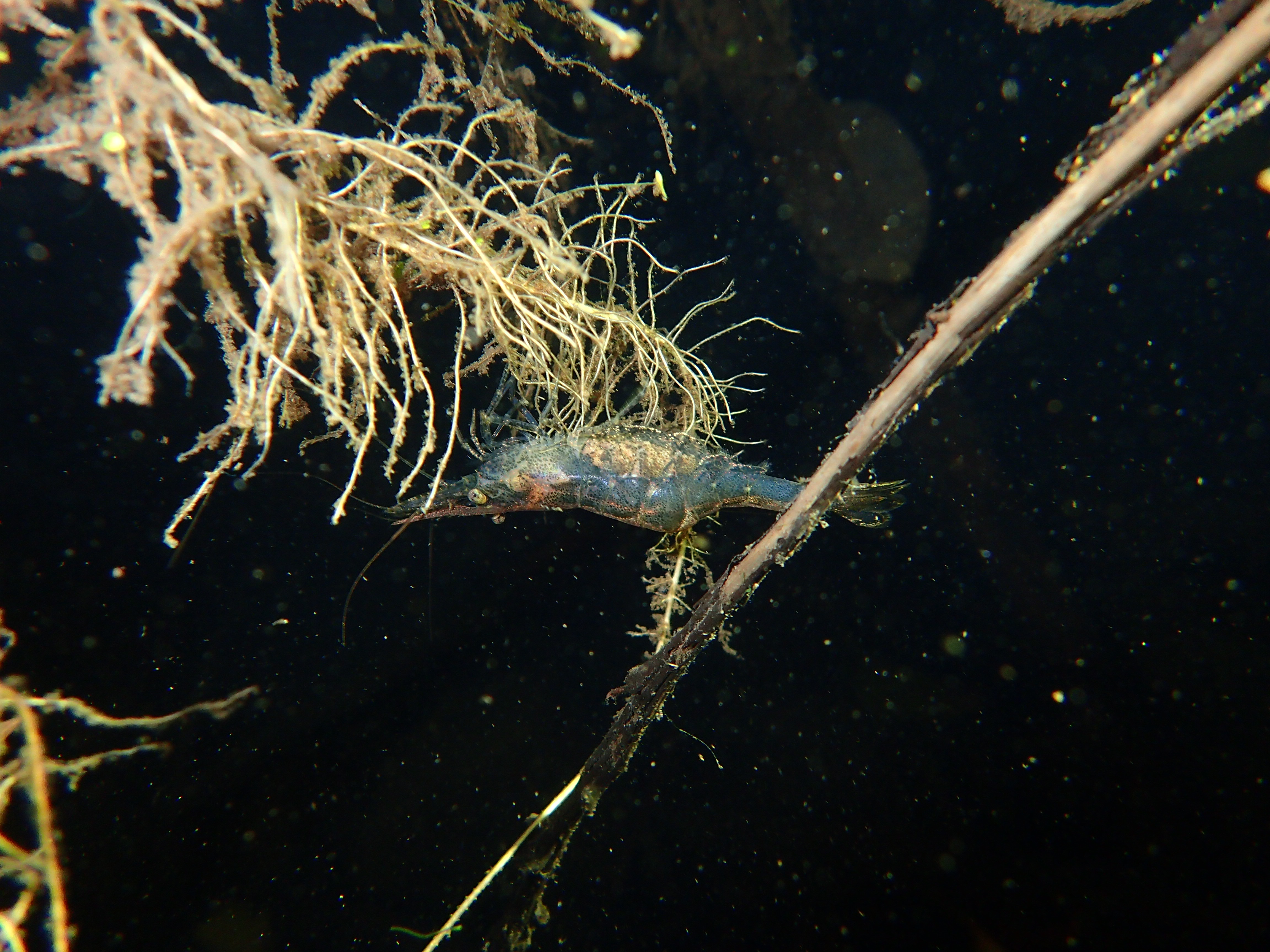 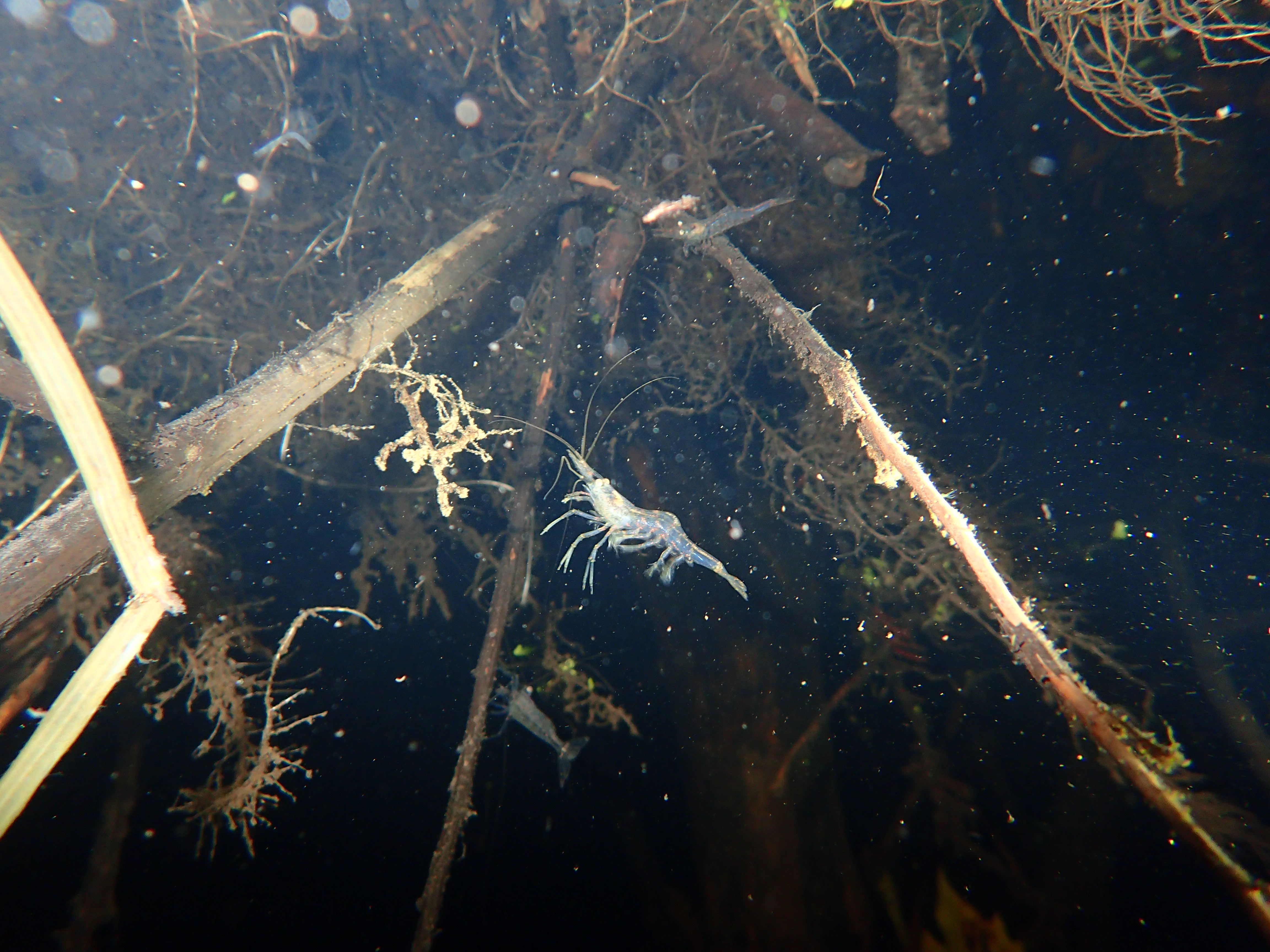 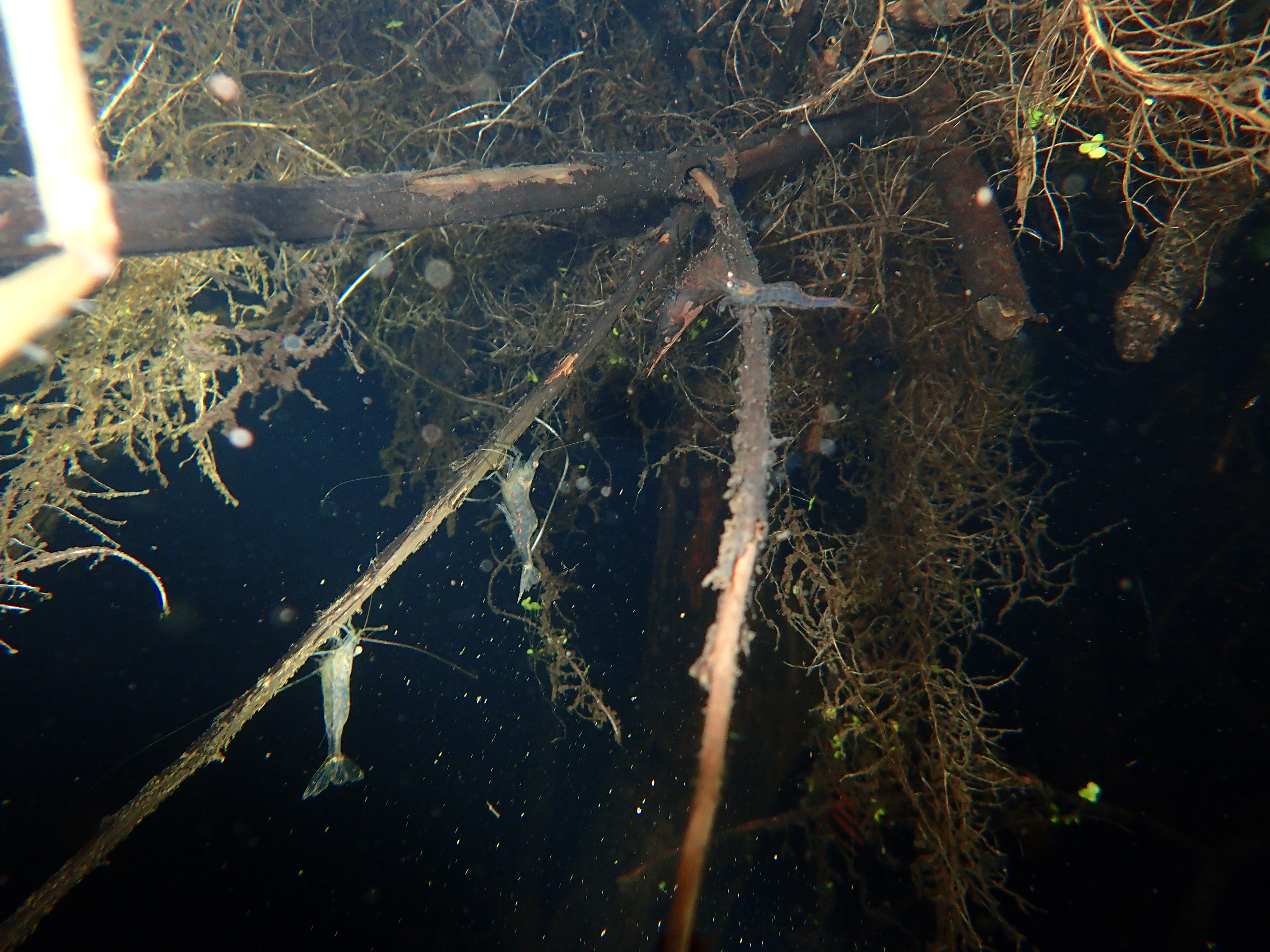 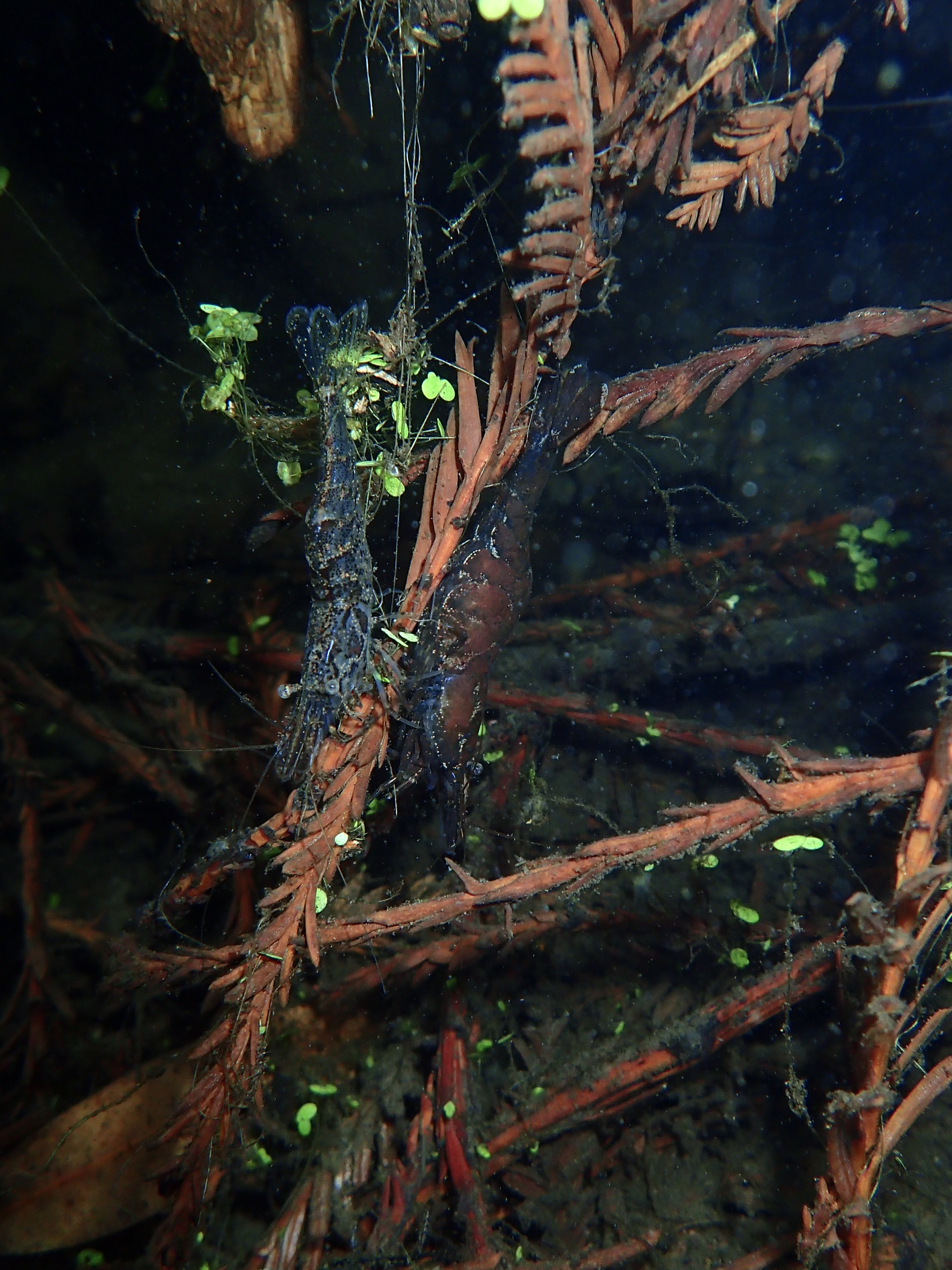 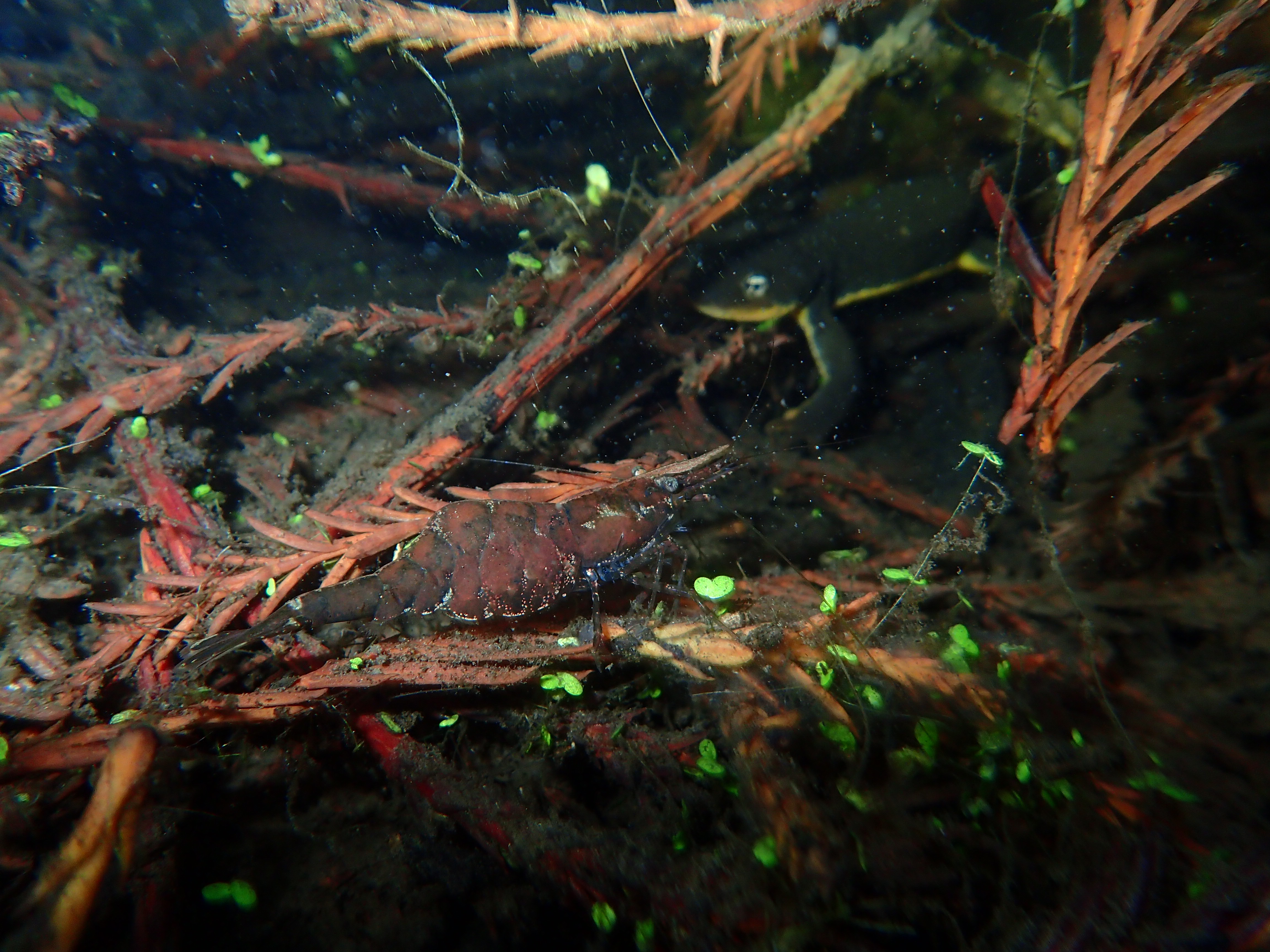 Watch our video of California freshwater shrimp in Lagunitas Creek:

Follow SPAWN’s work to protect endangered California freshwater shrimp by signing up for our emails.