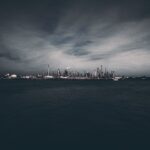 In a plan that can only be described as an ecological disaster, a scheme to deepen and widen a 27-mile section of the Matagorda Bay, TX shipping channel—through a Superfund Site full of toxic mercury—has been been put on hold for now.

Turtle Island, San Antonio Bay Estuarine Waterkeeper, Earthworks, Environmental Integrity Project, and Texas Campaign for the Environment represented by EarthJustice have filed a lawsuit in May 2022, and a recent ruling by a federal judge puts the project on-hold as the litigation proceeds.

The goal of the dredging project is to allow huge oil tankers to pass into the Gulf of Mexico in order to boost exports of dirty fossil fuels and puts local communities, sea turtles and other marine life in peril.  It would also allow for the development of a new oil terminal, exporting 20 million barrels of month.

“This delay is welcome news for communities that would be harmed by this dredging project and an obvious sign that this project needs to be re-evaluated,” said Erin Gaines, senior attorney at Earthjustice. “We’re committed to bringing the case to a close before any dredging takes place.”

Diane Wilson, fourth-generation shrimper and executive director of San Antonio Estuarine Bay Waterkeeper said, “It’s clear that stirring up deadly toxins is not only bad for the health of our community and bays but it’s also bad for dirty fossil fuel business. The Army Corps should recognize the harm this project would cause and permanently cancel the bid to dig up dangerous industrial waste that our fishing community has spent decades trying to recover from.”

“The Texas coast and the Gulf of Mexico is home to five species of threatened and endangered sea turtles, many which feed in Texas bays and estuaries including Matagorda Bay,” said Joanie Steinhaus, Turtle Island’s Gulf Director.  “Toxic mercury is especially dangerous to long-lived animals like sea turtles because it bio- accumulates over time leading to higher levels of infections and disease.  It is also dangerous to people who consume mercury-laden fish. We will do everything we can to ensure this project never gets approved.”