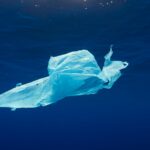 A charge on plastic bags was first introduced in 2014, at 5p a bag. According to government figures, the 2022 report reveals a 97% reduction in plastic bags sold, compared to the 2014. This figure translates to roughly 7.4 billion less bags being issued by major retailers in the United Kingdom.

Plastic bags are a big contributor to plastic pollution in our oceans. Marine wildlife, such as sea turtles, can mistake plastic bags as jellyfish. As a result, these bags can end up in the digestive systems of animals, harming them.

You can find the ways Turtle Island Restoration Network fights plastic addiction on our website.